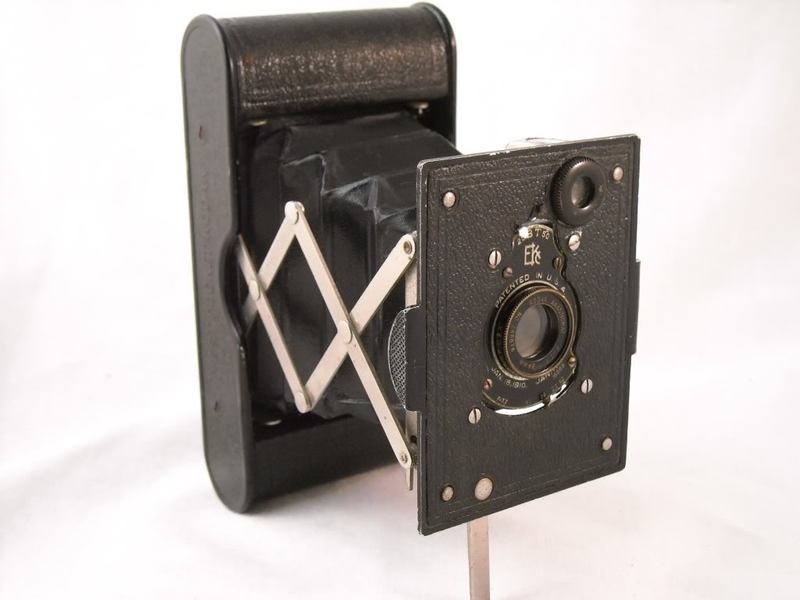 Introduced in 1912, the Vest Pocket Kodak Camera was a small, simple, and inexpensive snapshot camera. Eastman Kodak employed the use of lazy-tongs in the construction of the Vest Pocket Kodak, a scissor arrangement that connected the front and back of the camera (Fig. 1). When needed, the Vest Pocket Kodak could be folded down and easily carried in your pocket at 4 ¾ x 2 ½ x 1 inches. Its small size was also in part to a new, compact center spool that held 127 roll-film. Negatives were 3.5cm by 6.4cm. In addition to folding into the camera, the lens was set in Eastman Autotime scale, meaning that users did not need any technical knowledge of shutter speeds, exposure, etc. The Vest Pocket Kodak had a ball-bearing shutter with a speed of up to 1/25 of a second (Pritchard 2014; Coe 1988).

The Vest Pocket Kodak was offered in an autographic version. At the time of exposure, the photographer was able to write information on the film with the use of a metal stylus. Autographic film had a layer of tissue between the backing and film that would capture the information written by the stylus in a similar way that typewriter carbon paper recorded information. By opening a small flap on the back of the Autographic Vest Pocket Kodak, the photographer could write information through the film backing onto the tissue, creating a caption on the developed print (Coe 1988).

By this time, photography was not just about creating historical records. With the introduction of user-friendly photographic technology, amateur photographers were able to create personal records. Despite being a court-martial offense to bring a camera to the front, Eastman Kodak advertised the Vest Pocket Kodak as “The Soldier’s Camera,” encouraging troops to “make your own record of the war” during World War I (Fig. 2). The physicality of the camera allowed soldiers to carry and conceal it easily and take pictures in the trenches (Pritchard 2014). These photographs would reach the public not in news media due to censorship, but through a retrospective collection of stereographs released and compiled by the Keystone View Company over the course of a decade (Mendelson and Kitch 2011). 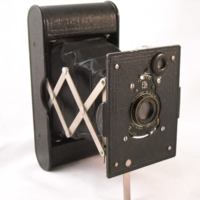 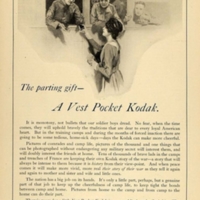