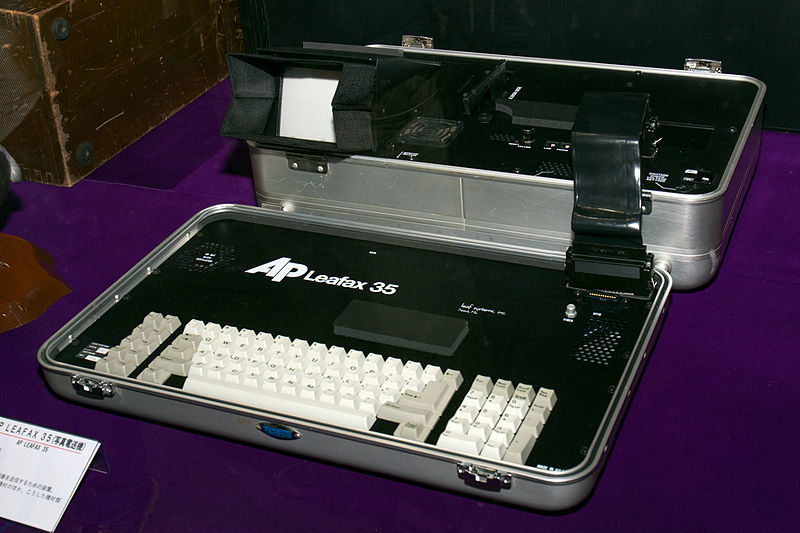 In the late 1980s, Leaf Systems Inc. introduced the Leafax, a compact portable photo scanner that was transportable in a case the size of a standard briefcase. It quickly became the proprietary technology of the Associated Press, as it could transmit photo negatives across analog phone lines in a matter of minutes, making it one of the most powerful photojournalistic tools of its time.

The Leafax was the first portable negative scanner and transmitter. The body of the device consisted of the scanner itself, a keyboard, attachments to connect to analog phone lines, and a 5-inch monitor on which photographers could view their images. The machine would calibrate corrected images using a spool of clear film stock embedded in the body of the scanner, during which time photographers could make use of its range of editing tools to tone images, sharpen color, and crop or add captions to the negatives before transmitting them, saving valuable time upon arrival.

Perhaps most importantly, the Leafax gave photojournalists the capability to transmit proofs of their photos on the spot, provided they could connect to a phone line.


"With the exception of developing film, the Leafax eliminated darkroom work and printmaking for photographers and again cut the amount of time it took for the picture to travel from the camera to the news consumer" (Tramz).


According to AP sports photographer Brad Mangin, the Leafax made it easier than ever to transmit images across the country, but "easier than ever" wasn't necessarily easy in hindsight.


"Before I knew it I was covering sporting events all over the place and sending pictures back to our picture desk in New York over analog phone lines with an AP Leafax transmitter that took 30 minutes to send one color picture — and that was state of the art at the time!" (Zhang).

The Leafax quickly became out-of-date with the 1989 introduction of the AP's newest digital satellite transmission service Photostream, which cut transmission times from 10 minutes to 60 seconds. However, while Photostream became especially useful for breaking political news, the Leafax was a favored tool of photojournalists without immediate access to computer technology after events, such as sport photographers, and remained an essential part of their work for several years. 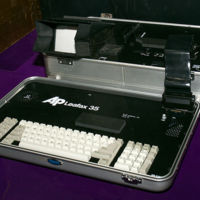