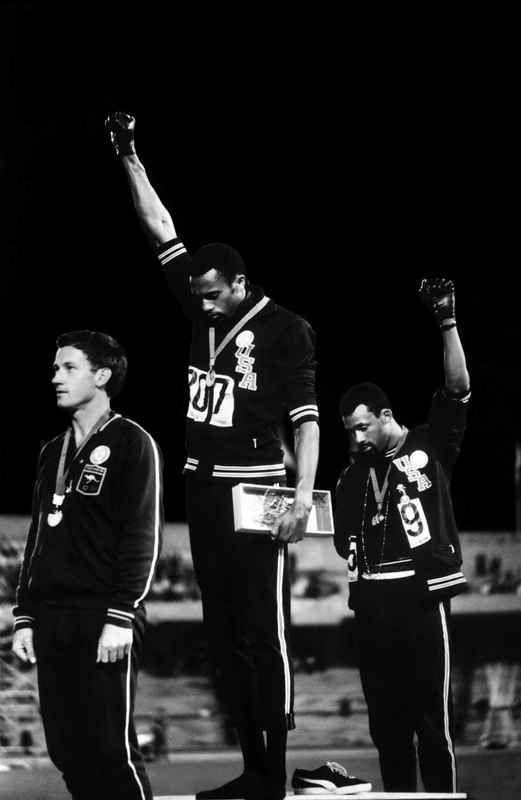 Date(s)
October 16, 1968
Tags
Innovation in Photography Through the Lens of Sport

In 1968, American athletes Tommie Smith and John Carlos, seen here with Australian runner Peter Norman, raised black-gloved fists on the award podium at the summer Olympics as a gesture of protest for human rights (and in particular for Black Americans). This incident marks one of the most significant and earliest incidences in which the worlds of sports and politics converged.

The salute was captured by dozens of photographers, but this particular image from American photojournalist John Dominis was published in Life Magazine, which led to a new way of framing images of sport as political. Smith and Carlos' gesture helped to generate mainstream discussion of the growing relationship between activism and sports that is still occuring to this day. 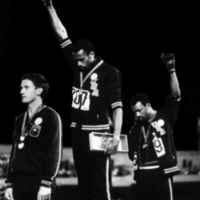