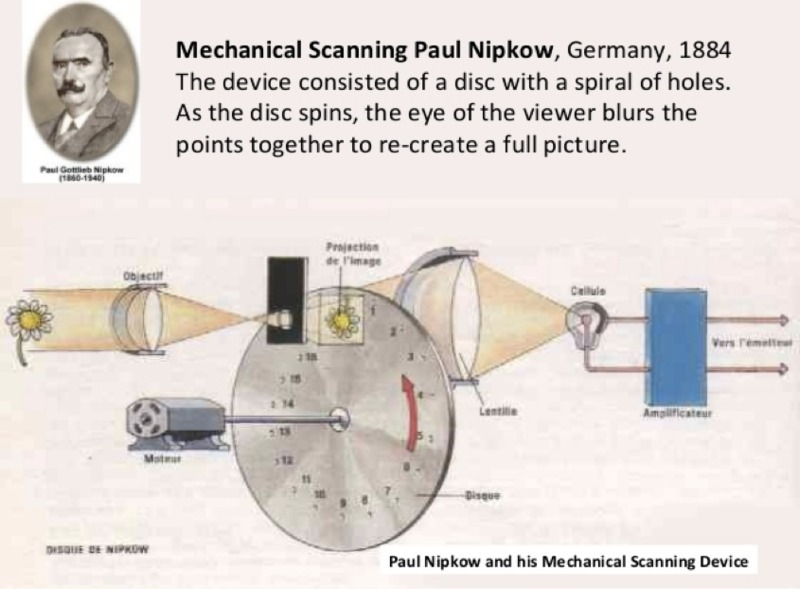 A Nipkow disk is also known as a mechanical disk, which is one of the early image scanning device to dissect and transmit images sequentially. The Nipkow disk was first patented in 1884 by a German engineering student Paul Gottlieb Nipkow (Bellis 2017). This mechanical disk laid the foundation for the creation and development of the mechanical television system through the 1920s and 1930s.
The disk has a spiral of holes upon its periphery. When the disk works, it will rotate rapidly in front of a light-sensitive selenium cell and there will be an intense light passing through those holes on the disk. Each hole can scan a small portion of the whole image, together they can recreate the whole image in a single rotation of the disk (Florida State University 2015). By connecting the selenium cell to an electric current, the scanned image could be converted into an electrical signal and be transmitted to a distant receiver via radio waves (Florida State University 2015).
The early image reproduced by a Nipkow disk only had eighteen lines of resolution, the quality of the image was very poor and at that time the public didn’t see the potential of this innovative scanning system, therefore this innovative and historical scanning system was not commercially used by the public and its inventor didn’t receive enough recognition.
Though being underestimated during the late 1800s, the Nipkow disk found its way among television inventors through 1920s and 1930s. At that time, this mechanical-scanning system was adopted by television pioneers to invent the early mechanical television. Based on this system, the Scottish inventor John Logie Baird created his mechanical television and made the first public demonstration of television in 1926 (Kamm & Baird 2002). Though mechanical television was replaced by the advent of electronic television, the concept of dissecting one image into multiple elements and transmitting them sequentially provided by the Nipkow disk is still adopted widely among televisions, videotape, and digital imaging systems. 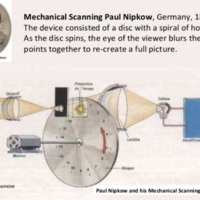 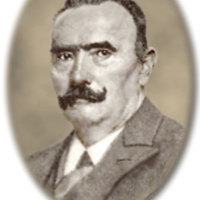